Good day to you all! For those in or planning a trip to Washington this Saturday, please visit the Millennium Stage at the Kennedy Center!  I’m happy to announce my art will once again be exhibited and accompanying a performance by Darryl Yokley’s Sound Reformation, as part of the Pictures at an African Exhibition promotion. The hour performance starts at 6pm and is part of a series of free events at the venue! For further information please visit the Kennedy Center website. Watch the event live from the link attached http://www.kennedy-center.org/video/live

Wishing you a great day! 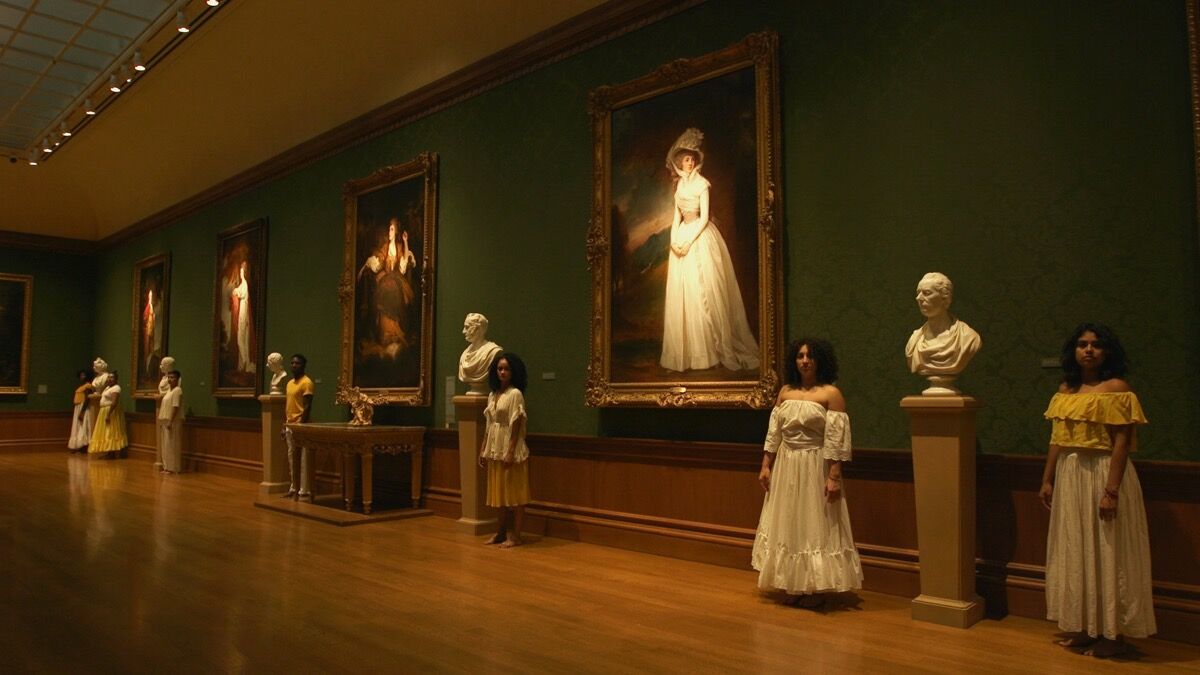 A report by Yxta Maya Murray for Artsy. Our thanks to Peter Jordens for bringing this item to our attention. The Huntington Library, Art Collections, and Botanical Gardens in San Marino, California, opened to the public in 1928 to showcase the rare English tomes and early American paintings that Henry E. Huntington acquired with the wealth […]

Last year I attended the Elizabeth James Gallery’s second anniversary event and met an extraordinarily talented, humble and interesting artist by the name of Andre Dane Parchment. Andre is originally from Jamaica where he studied printmaking, graphics and drawing. Showing entrepreneurial flare, he started an arts and graphic business but, after a particularly difficult period concluding in the loss of his business, he made significant changes in life, including migrating to the UK to become a British soldier deployed in Iraq.

Since becoming a civilian, he has exhibited at the London Battersea Affordable Art fair (exhibiting with the Army Art Society), Charlton House and the Canary Wharf Window Gallery. Andre kindly agreed to answer a few questions, share his ideas and tell me about his current projects. I’m genuinely excited for him and look forward to following his career. The full interview is featured on Occhi Magazine.

How did you get involved in the arts?

I got involved with the arts from an early age. Maybe it was the beautiful sceneries of the Caribbean island of Jamaica that squeeze the artistic juice out of me. In fourth grade, I would look out from the classroom sketching the sea, birds and fishermen boats passing inside my lesson book with my 2hb pencil. I then moved on to higher education at St. Elizabeth Technical High School specializing in the arts during the last three years of secondary schooling. It was art class that help to fund apart of my bus fare and school meals doing commission works when times were financially challenging.

You were in the armed forces. Can you share some of your experiences and did your art provide therapy during this time?

I served in the British Armed Forces for over six years. When I first joined it was a total culture shock, the treatment for Commonwealth soldiers were different in many ways even though we were all in the same army to protect and serve. But being an immigrant comes with its struggles and stigma, on the other hand it gave me great opportunities and experience which I have no regrets, for each trial encounter made me a better and stronger person.

I was deployed in Iraq in 2006 as an infantry soldier, served alongside other regiments and nationalities. We had near misses of mortar rounds exploding just a few feet away, snipers shooting at random to kill, the fear of not knowing when or if we would walk or drive on explosive devices that can either kill or cause fragmentation.

I wanted to find a distraction that would keep my mind occupied from what was happening in Iraq, something to build my morale on, this was where art became a therapy, in the midst of the madness of war It made me found peace, something beautiful amongst the devastation and destruction, art was my calming influence.

You’re currently working on a series of work and an accompanying publication. What’s the project and what we should expect?

I am writing a book with a series of paintings in accordance with the title Blind Vision Possible Dreams.

It is a semi-autobiography depicting memories of youthfulness, love, failures and success. In it, I am writing my dreams of being a songwriter, an author, and an artist having exhibitions in London and around the world. Secondly, I have also been inspired to write a number of short poems that will be illustrated through sketches. At present, a publisher is having a look at some of them, but I’m still not sure what form of publication I will be using.

For 2019 I will be hoping to have a book launch and art exhibitions which include a series of paintings titled Street Sleepers, with the aim to give back to charities that support the homeless.

What’s the motivation behind your current theme of work?

The motivation behind my current theme of work comes from wanting to view life from a different perspective through painting and writing, taking on new challenges that would help me grow and develop in order to encourage and motivate others not to limit themselves or live in the land of procrastination, but to be the best they can be.

You’re involved in local mentoring initiatives focusing on youth development. Are any of these related to the arts?

I do training and mentoring at my workplace a supervisor and at Refuge Temple in South East London, especially with young men. Apart of the mentoring and development I include art, music, and poetry, working with instruments and art materials that help them to be more creative and think differently, not to be conformed to the bad influence and negativity of their environment, but to try a make a positive change.

As we begin another year of resolutions and a desire to fulfil creative ambitions, it’s great to gain inspiration from talented artists such as Kileza. Kileza is an indie-pop singer, songwriter and producer who calls the world home. Born and raised in South Africa, she’s lived and performed in Argentina, Canada and Germany. Her music reflects the influences of her travels, which now include London. I recently met her at a music industry event and she agreed to discuss her album ‘A Berlin Winter’ and share career aspirations. The full interview is featured on Occhi Magazine.

Your music is vocally enticing, impressive and winningly authentic. Congratulations on the completion of your album. What can you tell listeners about ‘ A Berlin Winter?’

Thank you, for the kind words. I’m pleased to hear that. Well, A Berlin Winter is a passion project of mine. I wrote it during one of Berlin’s longest and coldest winters

in 50 years (in 2013), my aim was purely to make music that soothed the listener, through the cold and through a difficult time whether it be heartbreak or an isolated period.

What inspired you to write this album?

Earlier that year I had bought an 88 key digital piano. I was inspired by Debussy and James Blake. I was coming to terms with a painful breakup from a few years before. I finally felt ready to write about it.

Loneliness, isolation, heart ache, self reflection, and winter were the main inspirations. I think being in a different country and somehow musically materialising my surroundings and feelings into musical form, inspired me to write this album.

Tell us about your song writing process. How do you choose the topic to sing about?

Every song starts differently, but generally speaking, I had just bought a new piano, I was fiddling with it, and melodies and ideas just started flowing to my mind.

I wanted to articulate the pain I had been feeling from a few years prior; due to a very intense love I had found and lost in Toronto a few years earlier. Sometimes a melody just rattles around in my brain, and sometimes I have an idea to write a certain kind of song, whether catchy or melancholic, and then a feeling sort of materialises in me.

What are your musical icons/influences?

What’s the ultimate direction of your music?

This album is not so commercial, it’s a little bit more avant garde and niche, but going forward it will be more solidly R&B/Pop. I love catchy melodies and big ballads.

You call the world home so where are you based now?

As of 6 months ago, I’m based in London, and I’m absolutely loving it, I love to move around, I love to learn languages, I feel a little Caribbean and a little Latin American at heart, so that’s where I hope to move in the next few years. Either Mexico, or Portugal, or Argentina, where I’ve lived before, we’ll have  to see if my partner gets on board!

How do potential listeners find out more about you and your music?

I think instagram is probably the best as it is de rigeur at the moment.

I wish her the very best for 2019! For further information on Kileza please visit